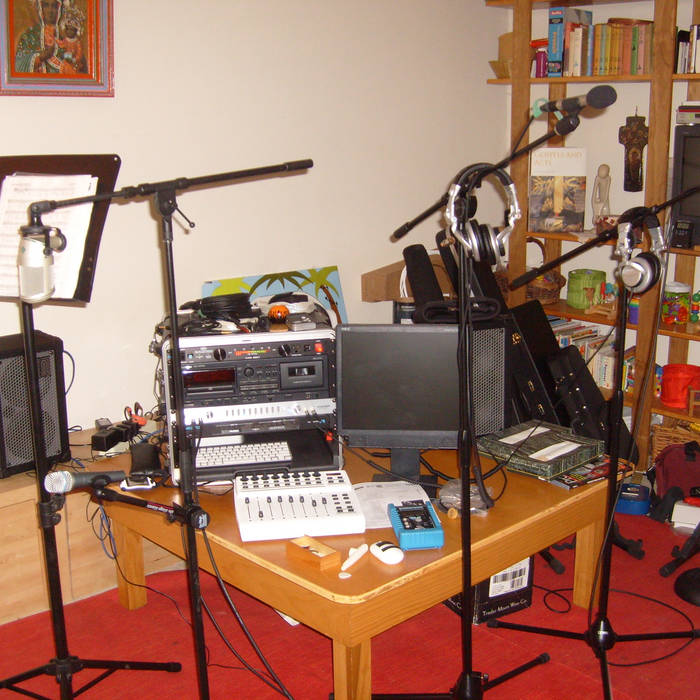 The Mandelbrot Set is a "virtual cover band," a group of (mostly) amateur musicians who are fans of Jonathan Coulton. We met up through the forums on jonathancoulton.com to put together covers of his songs.

The group has mostly sort of drifted apart from lack of involvement, but that could be considered a success in some ways, as several of the people involved, including me, have sort of used this as a way to get started and then moved on to writing original songs, participating in contests, etc.

The Too Many Monkeys mix of Skullcrusher Mountain and My Monkey were more-or-less "official" releases. I'm not sure if anyone but me ever really vetted the Noise Upstairs mix of Creepy Doll, as participation was dropping off. The rest are additional mixes I put together. My instrumental version of My Monkey was made entirely from the tracks I recorded just to see what that would sound like.

Note that the audio quality of the contributed tracks varies widely, as many were recorded with laptop microphones and similar gear. I was also just barely starting to learn how to mix and master songs; in fact, The Too Many Monkeys mix of Skullcrusher Mountain was the first full mix I ever attempted. Joe "Covenant" Lamb made his own, slightly different version which I'll have to get on here sometime.

My very favorite is actually the instrumental mix of Creepy Doll. I really love the way it came out!

Credit for that belongs to the various members of The Mandelbrot Set, the virtual Jonathan Coulton cover band, for the recorders, ukulele, bass, percussion, and theremin. I recorded various guitars including six and twelve-string acoustic and the electric guitar solo, and produced this mix.

Bandcamp Daily  your guide to the world of Bandcamp